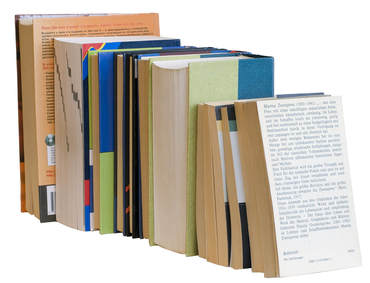 STUDIES, CLINICAL TRIALS,  JOURNALS
Mindfulness is emerging as one way to help tackle anxiety, stress and depression and it’s being done by simply introducing Mindfulness into schools.  A wealth of scientific evidence shows teaching mindfulness in the classroom reduces behaviour problems and aggression among students, and improves their happiness levels and ability to pay attention.  Teachers trained in mindfulness also show lower blood pressure, less negative emotion and symptoms of depression, and greater compassion and empathy.
​​

​(Scroll down for other weblinks)
In the UK alone,  Since 2005, 14 studies of programs that directly train students in mindfulness have collectively demonstrated a range of cognitive, social, and psychological benefits to both elementary (six studies) and high school (eight studies) students. These include improvements in working memory, attention, academic skills, social skills, emotional regulation, and self-esteem, as well as self-reported improvements in mood and decreases in anxiety, stress, and fatigue.

As of 2017, there are currently 14 studies published in peer reviewed journals of mindfulness with school staff. They include 5 RCTs, 7 control studies, 3 before and after, and one qualitative study. They mostly use self-report methodology, but increasingly include tests of real world performance.

The results to date in this emerging field suggest that mindfulness training is both feasible and beneficial for children across a wide range of ages and contexts.   Secondary school students who followed an in-class mindfulness programme, reported reduced indications of depression, anxiety and stress up to six months later. Also, these students were less likely to develop pronounced depression-like symptoms. The study, conducted by Professor Filip Raes (Faculty of Psychology and Educational Sciences, KU Leuven), is the first to examine mindfulness in a large sample of adolescents in a school-based setting.

The research presented on this page is not exhaustive as we know there are 1000's more studies that have taken place, and more starting all the time. Please use the Contact tab at the top of the Home Page if you have any relevant research material which we can add to this page.

Mindfulness is a useful tool to cultivate teachers’ ‘habits of mind’ promoting their health, well-being and social and emotional competence (Roeser, Skinner, Beers, & Jennings, 2012). It has been linked to both emotional awareness and management and to social awareness and healthier relationships.

“Research shows that when teachers learn mindfulness, they not only reap personal benefits such as reduced stress and burnout, but their schools do well too.  In randomized controlled trials, teachers who learned mindfulness reported greater efficacy in doing their jobs and had more emotionally supportive classrooms….”
In a review of mindfulness intervention studies with school teachers, Jennings et al. (2012) reported significant positive benefits both for the teachers’ classroom practice such as enhanced relationships with students and more effective classroom management, as well as improved sense of well-being and health. They concluded that mindfulness is a pathway towards the realisation of caring and effective teachers. (from Cefai & Cavioni, 2014)

Joyce et  al  (2010) report  pre-­‐ and  post-­‐group  differences  in  children  aged  10 to 13 years  on   measures  of  behaviour  problems  and depression.  The  10  week  program  delivered  by   teachers  lead  to  a  significant  reduction  in  self-­‐reported  behavioural  problems  and   depression scores,  particularly  in  pupils  with  clinically  significant  levels  of  problem  before   the  intervention.

Hennelly  (2011) looked  at  sixty  eight  adolescent  students  aged  between  14  and  16 from   typical,  mixed-­‐gender  secondary  schools  who  followed  the  full  .b  eight  week  course.  There   were  significant  differences  between  participant  and  control  groups’  mindfulness,  resilience   and  well-­‐being,  with  longer  term  effects  being even  greater  than  immediate  effects.   Students,  teachers  and  parents  also  reported  subjective  improvements  in  students’   motivation  and  confidence,  competence  and  effectiveness.

Schonert-­‐Reichl  and  Lawlor  (2010) investigated  a  mindfulness-­‐based  program, delivered  by   teachers,  involving 10  lessons  and  three  times  daily  practice  of  mindfulness  meditation.   Overall,  there  was  a  significant  increase  in  scores  on  self-­‐report  measures  of  optimism  and   positive  emotions. Teacher  reports  showed  an  improvement  in  social  and  emotional   competence for children  in  the  intervention  group,  and  a  decrease  in  aggression  and   oppositional  behaviour.

Liehr  and  Diaz (2010) carried  out  a  small  randomized  trial  comparing  a  mindfulness-­‐based   intervention  with  another  approach.  Eighteen  minority  and  disadvantaged  children   recruited  from  a  summer  camp  were  randomly  assigned  to  either  a  mindfulness-­‐based   intervention  in  which  they  went  to  ten  15  minute  classes  on  mindful  breathing  and   movement  for  two  weeks,  or  to  a  heath  education group,  both  interventions  focusing  on   depression  and  anxiety.  There  was  a  significant  reduction  in  depression symptoms  for  those   in  the  mindfulness  group  and  a  reduction  in  anxiety for  both  groups,  in  the  immediate post-­‐ treatment  follow  up.

​An Exploratory Study of the Effects of Mindfulness among school-children from lower socio-economic backgrounds.

Mindfulness for Teachers: A pilot study to assess effects on stress,burnout and teaching

Lessons in mindfulness - Benefit to Teachers and Pupils

Benefits of an emotionally healthy school

Mindfulness at School reduces (likelihood) of depression-related symptoms in adolescents
​
Mindful EP: The Reciprocal Synergy of Integrating Mindfulness and EP

Brainwave evidence hints at benefits of mindfulness in school

An Exploratory Study of the Effects of Mindfulness among school-children from lower socio-economic backgrounds.

How does mindfulness modulate self-regulation in pre-adolescent children?

A systematic review on the evidence regarding the effects of school-based mindfulness interventions.

As the pandemic continues, kids are turning to meditation to manage anxiety

How to teach kids with ADHD

Wellbeing and academic outcomes bound together

Mindfulness Training for ADHD:  A promising and innovative treatment